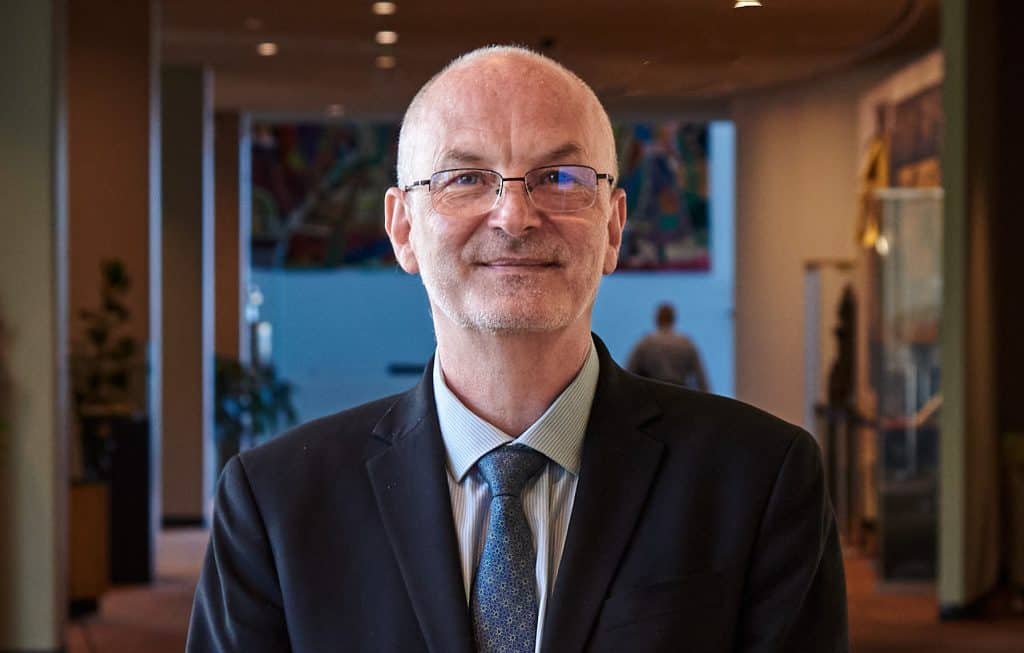 For Ambassador Sven Jürgenson, Estonian permanent representative to the United Nations (UN), the situation in Venezuela must remain on the Security Council’s agenda. The diplomat’s statements took place on June 2 within the framework of civil society dialogue with the rotating presidency of this UN body.

The representative of the European country pointed out that in Venezuela “you see disappearances of people, you see the government arresting, torturing, murdering members of the opposition and this should be absolutely unacceptable.”

Response to the situation in Venezuela
Jürgenson was consulted by Sara Fernández, Advocacy Officer of the Center for Justice and Peace (Cepaz) about the situation in Venezuela. Fernández indicated that “although it is not currently on the official agenda, as you know, the Council has previously discussed the situation in the country. However, due to the division among its members, it has not been able to provide a unified answer. I wanted to know if you think there are future opportunities for Council members to address the situation. For example, how would you view the possibility of the Venezuela Fact-Finding Mission holding a session to inform the members of the Security Council about the conclusions of its investigation? This would allow members to get an idea of ​​what is happening on the ground and its implications for international peace and security. ‘

In this regard, the representative of Estonia pointed out that regarding Venezuela and the Fact-Finding Mission, I really hope that we can keep Venezuela actively on the Council’s table. You know that last year we debated the question of Venezuela, I think, four times in April, May, June, and some were at the proposal of Russia. Others were from members of the European Union, but there were no results from the meetings. The results, of course, as you can understand, are only based on consensus, or you have a resolution, a press release. We can’t do anything if we don’t have consensus. I would even say that with most of the issues on the Council table it is very difficult to reach a consensus”.

Visits to conflict zones
The Estonian ambassador added that “regarding the Fact Finding Mission, I can sadly say that we are the class of 2020, or should we say the class of 2021. The graduation of 2021, to which Estonia belongs, is sadly the only one. Security Council class that will sit on the Council for two years without a single visit. And what I know from other elected members is that a big part of being on the Council is actually visiting conflict zones. Usually there are five visits in a year and so far everything has been canceled.”

The resumption of travel to conflict zones is a proposal that should be analyzed, Jürgenson stressed. “There has been talk among Council members about maybe going back and trying to get some of the pending visits. I am the chairman of the Sudan Sanctions Committee, for example, and in March last year we were about to go to Sudan with a visit from the Sanctions Committee in late March to early April, when the isolation began. Now we are talking about trying to pay a visit this year, maybe in October or November. But the 15 Security Council visits are still in limbo and there have been some members who speak of visiting smaller groups. Perhaps, but with these visits you also need consensus on where to go. And Venezuela is clearly a situation in which there is no consensus for certain reasons that you know very well. “

Keeping Venezuela on the table
“But as I said, Venezuela along with issues like Belarus, for example, are issues that we definitely want to keep on the table. It’s about human rights, freedom of movement, freedom of the press, all of it. That is why we want to keep this alive on the Council’s agenda, ”concluded Jürgenson.