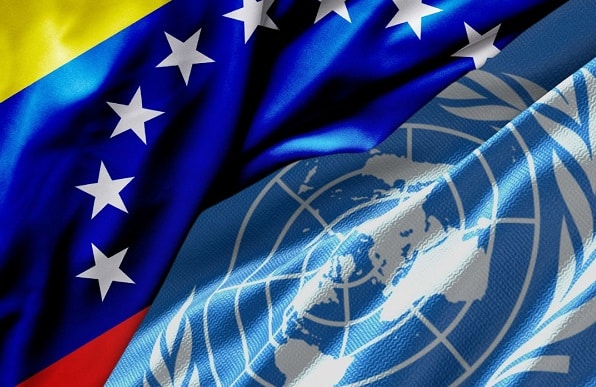 On the 11th of October 2022, UN Member States will vote at the General Assembly to elect the members of the Human Rights Council based in Geneva. Venezuela has already announced their candidacy for a new period. The state has been a member since 2020.

Other two Latin American States, Chile and Costa Rica, are running on these elections which makes it three candidates for two available places.

According to UN Resolution 60/251, “when electing members of the Council, Member States shall take into account the contribution of candidates to the promotion and protection of human rights and their voluntary pledges and commitments made thereto”. However, an analysis of the last three years of membership at the Council shows that Venezuela has used this position to hinder human rights mechanisms and weaken the protections of fundamental rights in the most critical humanitarian and human rights crises in the world.

Voting record of Venezuela at the HRC

During its last mandate, from 2020 to 2022, Venezuela voted against most of the Council Resolutions. In October 2020, the Human Rights Council adopted 13 resolutions to extend the mandates on Yemen, Private Military and Security Companies, Hazardous Substances and Wastes, Burundi, Venezuela, People of African Descent, and Somalia. The representatives of Venezuela voted against the resolutions on the human rights situations in Yemen, Burundi and Syria.

Moreover, the country has never introduced any resolution to the Council or expressed comments about those adopted without voting. In April 2022 the Council adopted 11 Resolutions. Venezuela voted against the resolutions on the human rights situations in Belarus and in Syria, the resolution on the Situation of Human rights in its own State, and the resolution on Cooperation with Georgia. All these resolutions concern ongoing violations and abuses of international human rights law and violations of international humanitarian law, including those involving the widespread recruitment and use of children by parties to the armed conflict, sexual and gender-based violence, arbitrary arrests and detention, denial of humanitarian access and attacks on civilians and civilian objects.

Venezuela’s position regarding the situation in Nicaragua

In the last three years, the Human Rights Council adopted three resolutions on the Promotion and protection of human rights in Nicaragua. On these three occasions, Venezuela has voted against these resolutions. On 31 March 2022, with the resolution 49/3 HRC decided to establish, for a period of one year, a group of three human rights experts in Nicaragua. Venezuela has voted against all these resolutions. Venezuelan Foreign Minister Carlos Faría reaffirmed his government’s commitment and solidarity with Nicaragua in a meeting held this year in Managua with his Nicaraguan counterpart, Denis Moncada. The Nicaraguan government of Daniel Ortega has been defined as undemocratic and in violation of all Human Rights conventions. The HRC has frequently expressed its concern for the erosion of the rule of law, the independence of the judiciary, and the separation of powers, and their multidimensional impact on the enjoyment of civil, political, economic, social, and cultural rights. Moreover, Nicaragua demonstrates a persistent lack of compliance with its international human rights obligations, including its failure to submit periodic reports to the relevant treaty bodies, and expressing concern at the State’s unwillingness to engage in a constructive dialogue with the Committee on Economic, Social and Cultural Rights. The political crisis is causing a humanitarian crisis in the country, and this means an important migration crisis. The non-support of Venezuela as a member of the HRC over this regional matter is another concrete demonstration that this country should not be part of the Council.

Venezuela’s position regarding the situation in Myanmar

On 12 September 2022, the first day of sessions of the Human Rights Council, the representative of Maduro disqualified the Investigative Mechanism for Myanmar saying that the country concerned was not heard, which is an imposed and politically motivating mechanism. Like the Maduro government that denies entry to the Fact-Finding Mission, Myanmar denies access to witnesses and the scene of crimes and has not responded to 12 requests from the Mechanism to enter the country.

After the military coup at the beginning of 2021, the situation in Myanmar has been characterized by growing violence and insecurity and resulted in significant forced displacement within the country and into neighbouring countries (over 30,000 refugees between 1 February 2021 and 17 January 2022).

The Mission for Venezuela and the Mechanism for Myanmar were approved by a vote in the Human Rights Council. Therefore, they were not imposed but approved according to UN rules. Not accepting results goes against the principle of good faith in compliance with treaties.

Venezuela has also used their seat the HRC to create obstacles in the monitoring of the human rights situation on its territory and the investigation of possible crimes against humanity. In 2019 the Council created the Independent Fact-Finding Mission on Venezuela (FFM) through the Resolution 42/25 for a period of one year, in order to investigate systematic violations and abuses committed since 2014 and ensure accountability for perpetrators. In October 2020 the mandate was extended for two years.

The government has refused to cooperate with the FFM of the government of Venezuela with the FFM. In the 2020 report the Mission indicated that they deeply regretted that they had not been able to visit Venezuela and conduct an investigation in the country. In 2020 members of the FFM many times formally requested meetings with the Permanent Representation of Venezuela to the UN in Geneva, access to conduct investigations in the country and information on issues of concern to the mandate. On 21 July and 4 September 2020, the Mission wrote to the Government expressing its intention to submit the report to it before its publication so that it could examine and comment and requesting details on how delivery should be made. The Mission didn’t receive a response to those letters.

The FFM recently published its last report in which it concluded that there were possible crimes against humanity committed through structures and individuals in the State’s intelligence services as part of a State plan to repress opposition to the Government. The Mission also analysed the human rights situation in the Arco Minero del Orinoco region and other areas in Bolívar state. In particular, the FFM put the spotlight on individuals responsible for human rights violations and crimes against humanity, who are high-level authorities in the chain of command of the Bolivarian National Intelligence Service (SEBIN) and the General Directorate of Military Counter-Intelligence (DGCIM). Moreover, the FFM have reasonable grounds to believe that the president, Nicolas Maduro, is involved in targeting victims of human rights violations, giving orders of committing of crimes against humanity and knowing about serious acts of torture and ill-treatment in the detentions centers of the SEBIN and the DGCIM.

On 15 September 2022, a group of countries in the region took the initiative to lead the resolution requesting the renewal of the mandate of the Fact-Finding Mission on Venezuela before the Human Rights Council. These countries are Brazil, Canada, Chile, Guatemala, Paraguay, Peru and recently Ecuador joined. If the FFM is renewed, Venezuela will most continue using their seat to delegitimise their work. In fact, on September 26, as part of his statement during the interactive dialogue with the FFM, the representative of Venezuela threatened the rest of the members of the Council with taking “the needed political and diplomatic measures both multilaterally and bilaterally” if the Council renews this mechanism.

In 2019, the OHCHR and Venezuela signed a Letter of Understanding, which establishes a framework for future discussion and cooperation, and provides for ongoing presence in the country of a team of two UN human rights officers. Since then, the OHCHR has gradually increased its presence in Venezuela as part of the UN Resident Coordinator Office. However, a recent report on the implementation of the recommendations of the OHCHR, show that of the 43 resolutions the high commissioner had made, the State has not fully implemented any of them. It has also demonstrated a frank regression on 33 recommendations, in particular to those regarding arbitrary detentions, separation of powers, situation of the mining arc and economic, social and cultural rights.

Call to Action: During the elections for Members of the HRC, UN Member States must highlight that Venezuela has used their seat on the Council to hinder human rights mechanism.

The elections for members of the Human Rights Council must serve as an opportunity for UN Member States to highlight that Venezuela has used their seat on the Council to hinder human rights mechanism. In fact, the lack of support of the HRC actions for the promotion and protection of human rights weakens the legitimacy and functioning of the international body. According to the UN General Assembly Resolution 60/251 HRC members should be an example in protection and promotion of human rights, Venezuela has demonstrated to be an opponent to this goal.