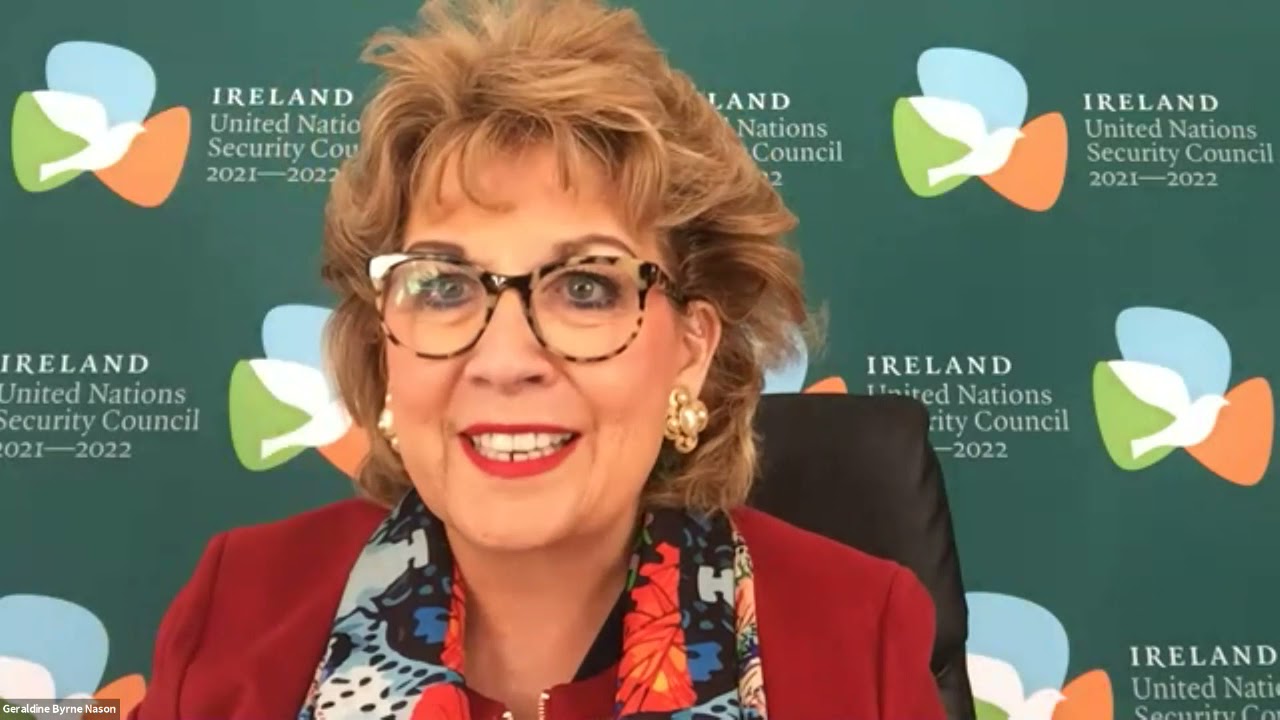 Geraldine Byrne Nason, Ireland’s permanent representative to the United Nations, said her country hopes to see “a peacefully negotiated and democratic solution” to the Venezuelan crisis. “The people of Venezuela deserve the support of the international community”, in addition to a “more coordinated response” from these instances, added Byrne Nason. Ireland holds the rotating presidency of the Security Council for the month of September.

With these words, the representative of Ireland responded to a query made by Beatriz Borges, executive director of the Center for Justice and Peace (Cepaz), during the civil society dialogue with the Security Council that took place on September 1.

Borges indicated that “in recent years international mechanisms have documented systematic human rights violations in Venezuela. The Fact Finding Mission, created by the Human Rights Council, found that since 2014 the Venezuelan authorities have planned and carried out serious human rights violations, some of which amount to crimes against humanity. The Mission is expected to publish its new report in September.

“I wanted to ask your opinion on the possibility of the Venezuela Fact-Finding Mission reporting to the Security Council on its conclusions when the new report is published. We believe that this would allow the members of the Council to have more information about the atrocious crimes committed in the country, the lack of determination of responsibilities and how this affects peace and security in the region, “the director of Cepaz consulted.

Regional crisis
In this regard, Byrne Nason said: “We have observed the events on the ground in Venezuela with great concern. It is a crisis that is clearly worrying. I know it affects, of course, people in Venezuela, but we have also seen the regional impact. Neighboring countries host an incredible number of migrants and I am well aware not only of some of the problems in terms of brutal treatment of protesters and defenders in the streets, but currently the COVID situation has created a very serious humanitarian situation in the land. We have certainly been supporters of UNHCR and the work they are doing to support regional refugees, also working on the humanitarian situation with the World Food Program.