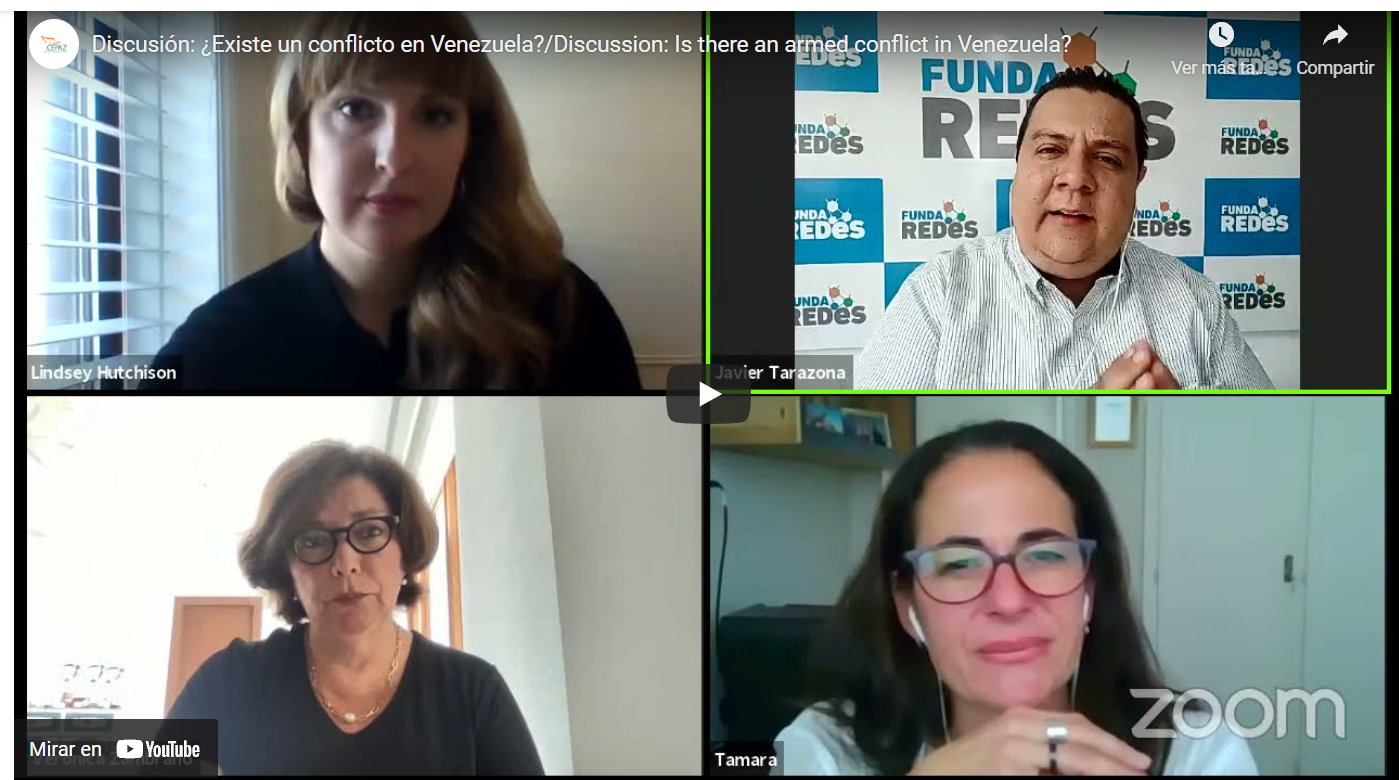 On May 12, a panel of experts analyzed the presence of armed groups in Venezuela and the clashes that have occurred on the border. At the meeting, some recommendations were made to the international community, the Security Council and the Secretary General of the United Nations, so that they can collaborate in solving the situation in Apure state.

The session was attended by Tamara Taraciuk, Acting Deputy Director for the Americas at Human Rights Watch (HRW); Javier Tarazona, director of Fundaredes; Rocío San Miguel, president of Social Watch for Security, Defense and the National Armed Forces; Veronica Zambrano, regional director for South America at Plan International; Lindsey Hutchison, Peace and Security consultant at Plan International and Alí Daniels, director of Access to Justice. The moderation was in charge of Beatriz Borges, executive director of the Center for Justice and Peace (Cepaz).

Parameters to analyze the situation at the border

The reports of the clashes that have occurred since March 21 of this year between the Bolivarian Armed Forces and the Martín Villa front, and that come from people on the ground, indicate that these clashes would be for the control of drug trafficking.

In this context, there have been at least four executions, arbitrary detentions, the prosecution of civilians in military courts, and the torture of neighbors accused of collaborating with armed groups. Searches and arrests occur without warrants.

Javier Tarazona, director of Fundaredes, said the conflict situation in Apure state, which has lasted from March 21 to the present date, is not the first time it has occurred. On September 23, 2020, there was a first confrontation in the town of Nula, in Apure state, where four Venezuelan soldiers were killed.

According to the director of Fundaredes, there is “a kind of collusion” between the Venezuelan Armed Forces and the ELN, a guerrilla of Colombian origin that has historically controlled this territory. Also, between October and December 2020, these terrorist organizations, both the ELN and the Tenth Front of the FARC, caused several deaths among their members, disappearances of people and the murder at the request of militants of these guerrilla groups.

International community should be more active

Lindsey Hutchison, from Plan International, asserted that it has been difficult for the United Nations Security Council to discuss this issue. “We would like the international community to take a more active role in this confrontation that is taking place with irregular groups on the Colombian border.”

He clarified that there are six serious violations of the rights of girls and boys in armed conflicts “that we think are taking place in the country,” including: murder and mutilation, recruitment and use of children as soldiers, rape, kidnapping, attacks on schools and hospitals and the denial of humanitarian access for children.

The director of Cepaz, Beatriz Borges, summarized the key points of the session, noting that it allowed us to know first-hand what is happening in Apure. “This is an effort to provide comprehensive information about the crisis to international and political bodies, such as the Security Council and the office of the United Nations secretary general.”

In the case of the Security Council, it should develop a coherent response to the humanitarian crisis in Venezuela and should also discuss this issue on a regular basis, using all the necessary tools to inform its members about what is happening on the ground.

In addition, the Security Council should request a briefing from the Fact-finding Mission.