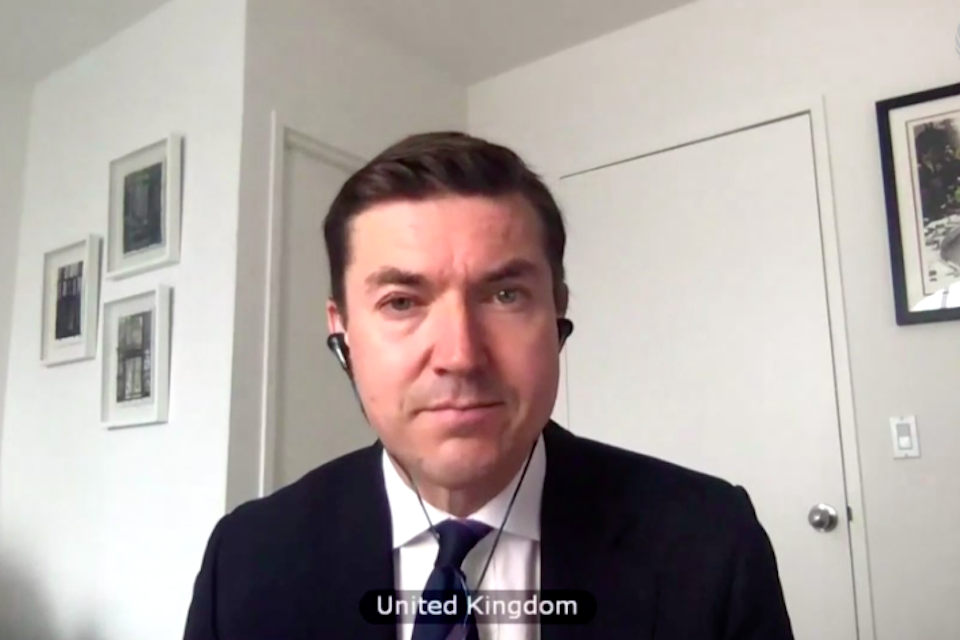 Ambassador James Roscoe, representative of the United Kingdom Mission to the United Nations, pointed out when asked about Administrative Ruling 001 2021, that these new regulations “obviously have been designed solely to oppress and continue to strangle civil society in Venezuela.

The diplomat’s statements took place during the event “United Nations Action Against Retaliation: Towards Greater Impact”, in which the virtual launch of the new quantitative analysis of the International Service for Human Rights (ISHR) on the documented cases was made. in the latest annual reports of the UN Secretary-General on intimidation and retaliation.

Beatriz Borges, executive director of the Center for Justice and Peace (Cepaz) pointed out to the representative of the United Kingdom Mission that “recently, civil society organizations have declared their deep rejection and demand to annul the new mandatory measure of registration for terrorism and other crimes in Venezuela. Providence violates the human rights of freedom of association, modifying its current regulatory framework, which does not admit any prior control. It is forcing civil society organizations to be subject to the State, by imposing on them that they can be subjected to its control and possible revocation.

“The execution of this Providence is unacceptable and will unfortunately bring great consequences, increasing human suffering for the Venezuelan population, which has already been severely affected by serious human rights violations, the COVID-19 pandemic and the multidimensional humanitarian emergency that the country has been experimenting for many years. Human rights defenders in Venezuela are frequently attacked and retaliated against for maintaining open communication with the United Nations. What is the UK doing? And what else can the UN do to protect human rights defenders and civil society organizations in Venezuela? ”Borges asked.

In this regard, Ambassador James Roscoe replied, “It is incredibly difficult when this happens in a country like Venezuela, where you have a government that puts pressure on people and eliminates any kind of real democratic commitment, and particularly aims to crush society. Millions of people can be seen fleeing Venezuela, displaced. It is possible to realize, it is obvious, how affected society is, when working on the borders of Venezuela, mostly from neighboring countries.

What the UK tries to do in Venezuela is provide as much humanitarian support as possible, both for displaced people and those within Venezuela. We do this through United Nations agencies directly. Wherever and when we can, we speak in favor and promote democracy in Venezuela, and we try to put pressure on the Venezuelan government, sorry, on the Venezuelan regime, to ensure that elections are carried out correctly”.

Administrative Ruling 001 2021 creates a Unified Registry of obliged subjects before the National Office against Organized Crime and the Financing of Terrorism, in which all natural or legal persons whose activity is not regulated by a special law or who are not subject to any body or entity of prevention, control, supervision, inspection and surveillance. In the same way, the law establishes in its scope the registration of any person who carries out non-financial activities, but who must be s supposedly, they carry out activities that can be used to commit crimes of money laundering, financing of terrorism and proliferation of weapons of mass destruction.