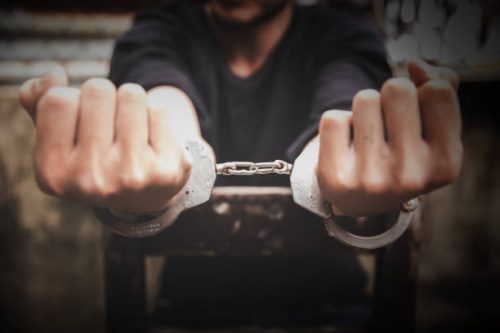 During the last years, the international community and Venezuelan NGOs have denounced the existence of a policy of persecution led by state authorities to suppress dissidents or people perceived as opponents to the government. The Office of the Prosecutor (OTP) of the International Criminal Court has even included the crime of persecution as a crime against humanity in the investigation regarding the situation Venezuela I.

According to the OTP, there is a reasonable basis to believe that since at least April 2017, civilian authorities, members of the armed forces, and pro-government individuals have committed the crime against humanity of persecution against any identifiable group or collectivity on political grounds pursuant to article 7(1)(h) of the Rome Statute.

However, the discrimination and persecution suffered by women in the country and its differentiated impact have not been widely acknowledged and discussed. With the objective of monitoring this dimension, the Center for Justice and Peace (CEPAZ) recently published a report titled Mujeres víctimas de la persecución y la criminalización en Venezuela describing specific patterns of persecution and criminalization by the Venezuelan government against women. The report analyses 73 cases of persecution against women including journalists, politicians, social activists, relatives of another victim of persecution and human rights defenders.

The report also classifies the documented cases in the following patterns:

This article highlights how Venezuelan women have suffered persecution and the need for the international community to incorporate the principles of the Women, Peace and Security Agenda during their peace-building efforts in the country.

Before describing the situations above, it is important to note that the political context is discriminatory against women, suffering almost total exclusion from political leadership positions and participation in dialogue tables and decision-making spaces. Additionally, their intervention in such spaces may entail risks (for instance, attacks on their reputation and personal integrity and their families) that often prefer to be avoided, which is a factor of discouragement. Venezuelan women also face social prejudices that regard politics to be a space designed exclusively for men.

Even if most victims of persecution based on political grounds in Venezuela are men, this is due to the discrimination that exists in the participation of women in political and public spaces.

The lower participation of women in Venezuelan politics means fewer acts of political-based persecution against them. The few women who can participate in politics, for the most part, have been left behind to occupy less influential positions and therefore do not represent a threat to the authorities in their policy of staying in power. However, cases of persecution against women have a specific and differentiated nature that is justified by the existence of gender conceptions about their sexuality and role in society.

Venezuelan authorities commit persecution against women as an act of pressure or punishment against relatives and in the context of their search for justice for relatives who have suffered other crimes of the statute.

In its first report, the Fact-Finding Mission on Venezuela determined that “[t]he violations and crimes examined in this report have affected women and girls, and men and boys differently due to underlying gender roles, inequalities and stereotypes previously established within Venezuelan society. Patriarchal roles and stereotypes emphasize the ideal woman as a mother figure within the domestic sphere and sexualize young women outside this role”.

These stereotyped roles based on gender constructions have caused women to become direct victims of persecution because of their family ties to initial victims; this includes acts of threats, arbitrary detentions, political disqualifications, and acts of violence. In applying these patterns, women are often affected differently and disproportionately since gender stereotypes and discriminatory attitudes based on gender stand out.

In their investigation, the FFM found that female family members of detainees were threatened with sexual or other types of violence against women, including rape; subjected to undue invasive or humiliating body searches when visiting detainees, inhibiting their abilities to visit their relatives while maintaining their dignity and physical integrity; insulted for being wives or mothers of “criminals”. The attacks have also materialised during security operatives, in which female relatives taken by authorities to safe houses were sexually assaulted and or tortured with asphyxiation, beating, and electric shocks.

The selection of women as the object of persecution is not a coincidence but is based on the role that the authorities expect them to have as mothers, wives, and sisters and acquires a particular nature. These stereotypes prioritize the idea of women as a mother figure and makes them an ideal target to punish and threaten any individual perceived as opposing the authorities. At the same time, the stereotypes sexualize young women outside this role of motherhood.

In fact, of the 11 attacks against family members that were documented in 2021, 8 were against women, which shows a trend, when family members are attacked, of persecution and criminalization against women, especially couples, daughters, or sisters. These women are attacked to create an environment of intimidation and coercion against those who exercise any type of activism that threatens the government’s policy of remaining in power.

Women are also victims of persecution due to their search for justice for human rights violations and crimes against humanity committed against their relatives. This type of persecution disproportionately affects women since they are the ones who go to the judicial authorities to file complaints and seek to determine individual responsibilities.

Venezuela presents a significant example of groups of women seeking justice and the severe discrimination they find from authorities on this path. Mothers, wives, and daughters of those killed in police operations in Venezuela have decided to go to justice and, in some cases, organize themselves to give each other support in this search. In cases of human rights violations, female family members are often at the forefront of the struggle for truth, justice, and reparation.

In the Venezuelan case, these women seeking justice have become the target of new policies of persecution. The FFM noted that “[f]emale relatives were generally the ones to file complaints about the murder of their family members, or to seek information about their whereabouts. They were threatened and intimidated during these processes”. As an example, the Mission describes a case in which CICPC officers told one female relative after she filed a complaint that she should ‘leave it at that, because the family was very big and she should think about those who were left’”. According to the FFM “[a]nother woman received a text message a few hours after filing a complaint that said, ‘I’m watching you from the corner. You’re going to wake up with flies in your moth’, while other “reported they felt intimidated by the police presence outside their homes, or subsequent home raids”.

In this sense, “many female relatives received threats from law enforcement and justice operators, impeding their ability to effectively access justice or reparations, even for the killings of family members. […] This role primarily fell to women, as any surviving men in the family feared targeted execution or detention for speaking out”.

The application of these patterns constitutes a serious violation of fundamental rights and freedoms such as the right to demonstrate, freedom of expression, personal integrity, personal freedom, the right to defend rights, among other rights and freedoms not only of women relatives as direct victims, but also of the political, social, journalist or human rights defender who wants to be silenced.

These women often live in a hostile environment which places an additional burden in their quest for justice. For instance, they are disproportionately impacted by a humanitarian crisis. According to figures from HUM Venezuela, more than 9 and a half million women, girls and adolescents in Venezuela had humanitarian needs in 2021, including the lack of work, medicines and medical care, basic services, food and the lack of transport and fuel.

Additionally, they also face social exclusion due to public shame and stigmatization and, in many cases, report threats and acts of harassment by public officials, including numerous gender-based assaults with sexist comments and public humiliation.

Acts of persecution for political reasons in Venezuela intersect with the deprivation of fundamental rights carried out only against women. This is due to the conception of gender held by state authorities and the sexualized conception of women, and a need to control them exercising power over their bodies. Although most of the persecutory acts in the country were based on political grounds, once the victims were arbitrarily deprived of their liberty, the impact was greater in the case of women. In addition to suffering the same precarious conditions of detention faced by men, women were subjected to gender-based sexual violence.

Documented cases show that state officials committed acts against women who were arbitrarily detained for political reasons, namely, threatening victims with rape; forcing them to strip naked to observe “whether their body was good enough to provoke them”; engaging with them in sexual acts in exchange for goods and privileges and taking female detainees out of their cells to be their ‘girlfriends’, usually during the night. These shows that even when these acts are related, in principle, to persecution for political reasons, gender represents the motivation for which specific acts are carried out within the framework of persecution.

Venezuelan women have an important role in peace-building and in the prevention and resolution of conflicts. However, violence and discrimination against them threaten their full participation in peace and security processes.

The analysis of the patterns of persecution show that women in Venezuela are more vulnerable to suffer certain types of violence in the context of repression and systematic violence due to aggravating factors, including the polarization of gender roles, the militarization of society and the breakdown of law and order.

The international community can have an impact towards implementing the principles of Women, Peace and Security Agenda in Venezuela. Amongst other actions, it is important that international actors recognize the gender dimensions of the patterns of persecution committed by Venezuelan authorities and to include the gender perspective in their efforts to support peaceful solutions to the humanitarian and political crisis.

In order for this to be accomplished it is essential not only to understand their different forms of victimizations but to recognize their role as agents of peace and to include them in the decision-making process of peacebuilding and negotiation efforts. It is also important for the international community to provide direct support to women leaders and organizations which can make a difference in the Venezuelan situation.

This author does not have any more posts.