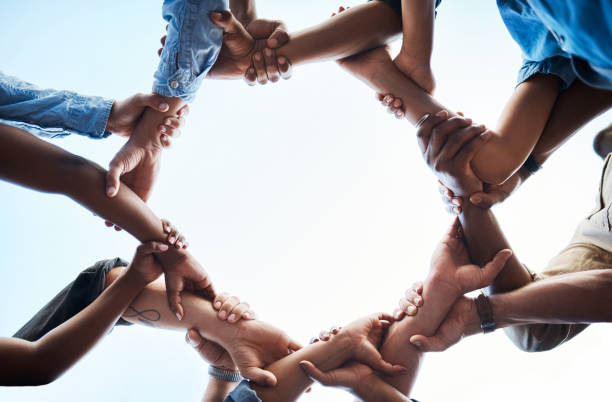 The individuals and civil society organizations subscribing to this statement reject the bill entitled «International Cooperation Law» for the following reasons:

The complex humanitarian emergency that has affected Venezuela since 2015 has wreaked havoc on all the basic needs of the population, which has also had to face the effects of the SARS-CoV-2 virus pandemic. Two examples are the millions of people experiencing food insecurity in the country and the 6.1 million Venezuelans who have had to leave their homes due to the crisis, according to the R4V platform.

In this context, the National Assembly presented a bill that, if approved, would have even more devastating consequences for the most vulnerable people and Venezuelan civil society, by denying access to the support offered by the international community to the capacities of protection, assistance and development of the population in economic, social, civil and humanitarian matters, a human right established in international treaties signed by the country, which can alleviate and help overcome the massive and multiple deprivations that the country is currently facing.

This bill seeks to reinterpret the definition of international cooperation from the ideological, political and/or economic interests of the national government, omitting essential concepts such as human rights and humanitarian aid. At the same time, there is a clear intention to control and punish any person or organization that does not submit to this interpretation, which includes the entire national civil society and international organizations. Including the possibility of annulling the obligations and commitments of the State in agreements with international cooperation organizations in case the latter fail to suit the purposes of the bill.

Seeing that the State has ample norms and legal instruments to act in matters of international cooperation, this bill does not intend to regulate the matter rather than transfer the prerogative to the government, which implies being the sole responsible for receiving, transferring and exchanging human resources, goods, services, funding and technology from the cooperation agencies, and make use of them following the priorities and discretionary criteria of the National Executive Branch, through the creation of a fund under its administration that would raise, lend and manage the resources coming from or dedicated to international cooperation.

The bill establishes a new system of authorization or State enablement especially aimed at national civil society and international organizations, including all NGOs, trade unions, academic institutions and all private law associations that participate in international cooperation activities. In addition to the civil and fiscal registration that associations already comply with, the proposed “compulsory registration integrated system” would be the mechanism through which the government reserves the recognition of associations as possible recipients or participants in activities of international cooperation.

In violation of all the guarantees for the protection of the rights of associations and their target populations, the bill also creates a new system of sanctions specifically aimed at national civil society, with the power to «prohibit, suspend, restrict or definitively eliminate» any association that, under the discretion of the Executive, is considered to promote or participate directly or indirectly in activities contrary to the interests of the government, and establishes evaluations that determine the application of these sanctions.

The bill further adds that, regardless of being authorized or enabled through the new registration system, any association that participates in international cooperation must provide information to public authorities or to any person on their constitutive documentation, statutes, and activities, as well as the origin, administration, and destination of the resources of the cooperation, with detailed specification of its sources of funding, and be subject to possible audits by the authorities.

To the detriment of the Venezuelan population, this bill violates the standards of international cooperation and the rights of civil society to exercise the freedoms of association, peaceful assembly, expression, the right to defend human rights and the initiative to provide humanitarian assistance, and takes a decisive step towards the closure of the sources of cooperation for the country’s development and humanitarian assistance, as a continuation of a policy of arbitrary restrictions on the capacities of international organizations to support the population, and criminalization and persecution of civil society organizations, ignoring all the recommendations issued by international protection bodies. (https://bit.ly/37JmK4k)

Likewise, we must point out that Venezuelan civil society has made multiple proposals to the National Executive to improve and control international cooperation processes; however, we have not received a timely response to create the mechanisms that genuinely facilitate this work and have the people in need as their main objective.

Based on the above, we reject the start of the discussion of this bill and its possible approval, in consideration that:

a) Instead of rectifying the State policies of arbitrary restriction of access to international cooperation, for which a law is not required rather than complying with the obligations of the State to guarantee the rights to protection, assistance to the urgent needs of large population groups in a vulnerable condition, and support for the economic and social development of the country, the approval of this bill would cause the end of cooperation to Venezuelan society and its suffocation, bringing more deprivation and suffering.

b) Contrary to the obligations of the State to guarantee the rights to freedom of association, peaceful assembly, expression, the defense of human rights and the initiative to provide humanitarian assistance under the existing norms of domestic and international law, the approval of this bill would become a new mechanism to criminalize, persecute and outlaw associations in retaliation for the autonomous and independent exercise of these rights and to close civic space in Venezuela.

c) The bill ignores the interdependence and interrelation of the human rights enshrined in the National Constitution, by conceiving international cooperation only in terms of the defense of some of the economic, social and cultural rights. In addition, considering that the State is committed to the progressive realization of said rights to the extent of its capacities, their reduction by means of the arbitrary limitation of international cooperation constitutes in itself a violation of the human rights of the Venezuelan people.

d) The right to free association is being violated through the creation of an authorization process in addition to the due registration and formation of organizations as legal persons. Furthermore, the obligation to provide information «to any citizen who requests it» on the activities of said organizations endangers their functioning, violates the right to privacy and, in certain cases, the right to the confidentiality of the victims of human rights violations, patients receiving medical treatment, etc.

e) The creation of punitive measures against organizations that act according to the vague criterion of “…promoting, directly or indirectly, the application of unilateral coercive measures against the Republic”, without indicating 1) the definition of such acts; 2) the judicial instance tasked with these matters, and 3) the existence of a mechanism of appeal, violates the right to defense and due process.

Finally, civil society organizations warn once again about the damage that the approval of this bill can bring to the Venezuelan population in greatest need, and demand respect for our work.